What is the Non-Volley Zone in Pickleball?

What is the Non-Volley Zone in Pickleball?

Pickleball Ace may collect a share of sales or other compensation from the links on this page.

With the growth in popularity of pickleball in the US, especially among seniors, it is prudent to understand some of the basic rules. This way, it will be much easier to play, understand, and even make decisions regarding the game in the long run.

The non-volley zone is a terminology that is commonly used in this sport. So what is the non-volleying region? Let’s look at some of the basics that define the rules for better understanding. 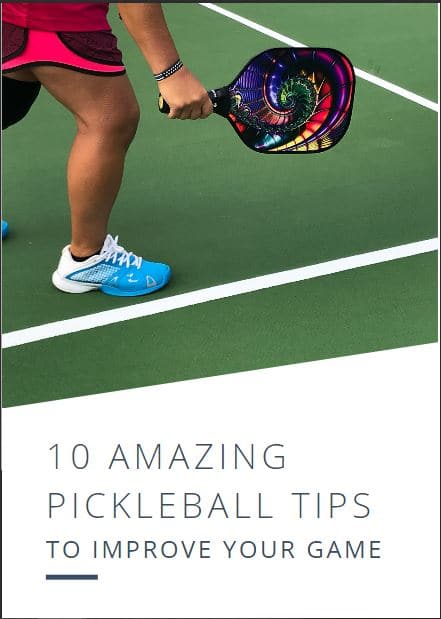 Get To The Next Level!

Immediately improve your game with 10 simple tricks.
It's free and we'll send you no BS sales stuff after. (How many sites can say that huh?)

The non-volley region is a 7-foot zone that is found on either side of the net. This area is contiguous to the net. Various restrictions are often in place when playing within this area.

The non-volleying area is also known as the kitchen. Often, it is necessary that you avoid volleying when in this region, as it is a fault.

A volley is when the ball is struck up into the air before it bounces. In this light, a non-volley zone, or kitchen, is a region where you are prohibited from hitting the ball into the air.

There are clearly defined white lines that establish the parameters of the kitchen zone. If a player is standing on the borderlines of the kitchen while hitting the ball into the air the rules say that this is a fault. This rule was designed to deter people from excessively smashing the ball over the net.

As the game proceeds, the momentum may positioned in the zone leaving you no choice but to hit the ball in response.  This is also considered a fault. As the rules include the volley and any follow-through as part of the violation.

One big question, how do you return shots that are delivered into this region?

Undoubtedly, many experts will often deliver relatively lower dink shots in the non-volley region. With such a move, they are more likely to take advantage of their opponent’s poor position.

This is a reliable move that ensures that their opponents will be too close to the net while prompted to react by hitting the ball while in this zone.

As the opponent, your best move is to wait for the ball to bounce on your side of the court and then hit the ball after it bounces.  It is advisable that you get back to be in the ready position to respond as soon as possible.

This tactic will enable you to minimize, and even eliminate any fault shots in the kitchen zone. This will be your cushion preventing your opponents from taking advantage of you throughout the game.

What you can do in this region

To feel prepared in this game you want to overcome any hesitancy you may have about entering the non-volley zone. Utilize it to your advantage.  Always remember not to hit a volley while in the area.

The more comfortable you are to run into the kitchen zone, knowing your strategy, the better of a pickleball player you will become. If avoiding the net is your tactic then you must strenuously hit the ball harder and higher.

Considering that many people playing this game are seniors, this could even take a toll on them. Being closer to the net gives you advantageous court options in addition to the straightforward returns in the long run. Being closer to the proximity of kitchen will allow you not only to enjoy the game, your shots will feel more controlled as well as strategic.

It is prudent to do split steps when you are near the kitchen line. This will make it more comfortable for you to be balanced before you strike.

Being flexible to move in any direction on your side of the court will improve your response to your opponent’s shot with less hassle. Feel free to mix up dink shots. This will keep your opponent on their toes throughout the game.

Ideally you want to keep your shots that fall into the kitchen as low as possible. As you keep your shots low your opponent will find it hard to return your shots effectively. A strategic move you will enjoy is the crosscourt dink.

Things to avoid in the kitchen zone

As a general practice, do not step into the kitchen with both feet. Such a move will hampen your control of your own response while in this region.

Plan your move in advance so that your follow-through shot does not take you to this zone. Aim at remaining in a specific place while making your play.

After making your return shot of a ball that has bounced in the kitchen region, do not remain in the kitchen. Step out of the area to minimize or prevent creating an advantage for your opponent.

If you are near the no-volley zone you run the risk of a fault by stepping on the no-volley line while hitting the ball while in volley. The penalty is the same as making a shot while stepping into the kitchen zone.

Before each move, ensure that you are conversant with where the lines are before making any move. It will protect you from further mistakes.

To avoid a fault in the kitchen zone, when the ball is flying into the zone, take a step into the area, wait for the ball to bounce before clearing the shot. This will aid in making better dinks in the long run.

Where should you stand on the court? 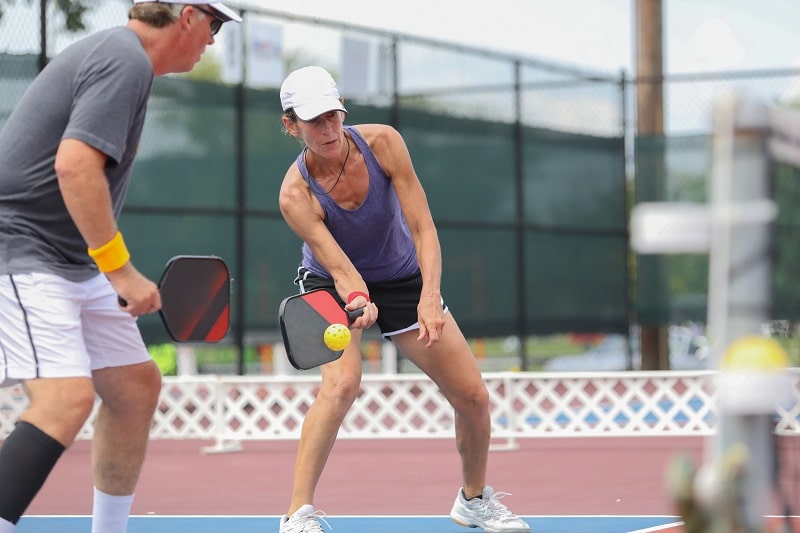 Understanding where you need to stand will help in making clear and quick decisions down the road. In general, you can be anywhere on the court.

Just remember that as long as you let the ball bounce, your next move is to step into the kitchen to take your shot. Observe the do’s and don’ts mentioned above and you can relax and enjoy the game.

Pickleball is a sport whose popularity cannot be ignored. It enables the player to maintain not only integrity but also honesty. Clarity throughout the game will often be quite helpful in this pursuit.